All of the music in the opera was written by composer Francis Lynch, with two exceptions. Both pieces appear just before the end of the opera and share a common theme: homecoming.

A capstan chanty was sung by sailors as they toiled to wind the capstan, a large winch used to bring up the anchor. In the early 20th century, a number of British composers went into rural Britain to collect folk tunes. This one, titled “Homeward Bound”, was collected by Cecil Sharpe in 1914 from a 76-year-old resident of Crowcombe. Lynch arranged the music as a trio for tenor, baritone, and bass.

Charles Willeby (1865-1955) was a composer of art songs, poetic texts set to music for voice and piano. There is relatively little known about him and even less about the author of the text of “Coming Home,” D. Eardley-Wilmot. But the text is poignant and seemed perfectly suited to the hopes of the keepers’ wives when they learn of the likely return of their husbands. Lynch arranged the music as a duet for them, the last music they sing in the opera. 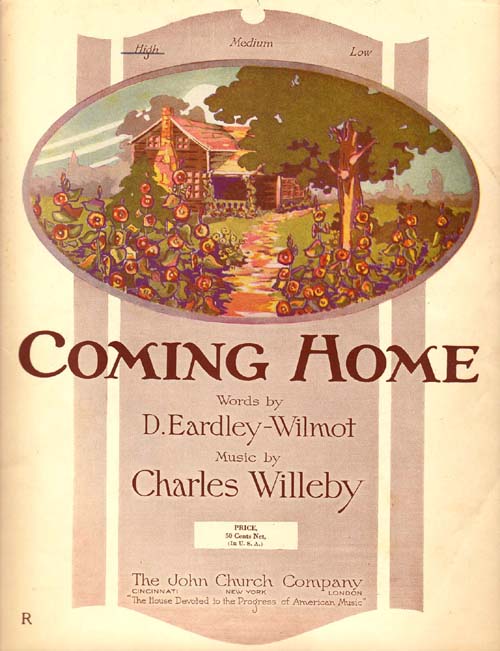