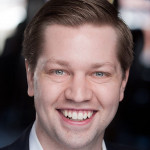 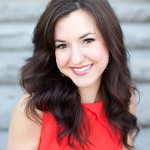 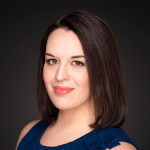 Known for her floating high notes and “cello-like” lower range, versatile lyric soprano Hillary Esqueda is emerging in the opera scene. Described as a “powerful” and “solid” performer, Ms. Esqueda has sung across the Chicagoland and NYC areas in role ranging from Monteverdi to music theater. Favorite roles include: Drusilla (L’incoronazione di Poppea), Popelka (Comedy on the Bridge), and Marie (La Fille du Régiment). She was a young artist with Hubbard Hall Opera Theater, Pacific Encore Productions, and Opera Works. With EChO, she has created two roles (Mary in Joseph’s Gift and Gwendoyln in For Those in Peril) and also sang the Midwest premieres of With Blood, With Ink (Dying Juana) and Darkling (Soprano Anna). Hillary holds degrees from NYU and Roosevelt University and currently resides in Chicago where she studies with countertenor Mark Crayton. 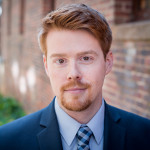 Tenor Jake Hemminger appeared as Trott in EChO’s 2020 production of d’Albert’sThe Departure. He made his Carnegie Hall debut in 2018 as a soloist with the New England Symphonic Ensemble performing Mozart’s Regina Coeli in C and Beethoven’s Choral Fantasy. In 2016, Mr. Hemminger made his international debut in Florence, Italy as a soloist with the Orchestra da Camera Fiorentina performing Mozart’s Missa Brevis in F and Schubert’s Mass in G. In 2017, Mr. Hemminger was the 2nd Place Winner in The American Prize Competition for College Men in Opera as well as a National Finalist in the Art Song & Oratorio Division. He was also a 2016 National Finalist in the National Society of Arts & Letters National Musical Theatre Competition in Phoenix, AZ. Recent operatic and musical theatre roles include Anthony in Sweeney Todd, Henrik in A Little Night Music, Bobby Strong in Urinetown: The Musical!, Fracasso in Mozart’s La finta semplice, and Count Danilo in The Merry Widow. Mr. Hemminger holds a Master of Music in Vocal Performance and Pedagogy from The University of North Carolina at Greensboro and a Bachelor of Arts in Music Technology from The University of Alabama at Birmingham. He has held adjunct voice instructor positions at Queens University of Charlotte and Averett University in Danville, VA. Mr. Hemminger is currently pursuing a Master of Science in Speech-Language Pathology at Northwestern University in Evanston, IL. 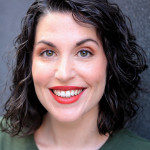 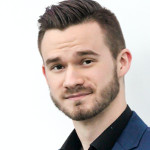 Baritone Ian Christopher McGuffin is an American classical voice performer and new music collaborator. Ian has worked with many composers and performers to bring works to new life and to create music that is both engaging and inspiring. With EChO, he sang the role of Griffith in the world premiere performances of Francis Lynch’s For Those in Peril. Some of Ian’s favorite operatic ventures include Count Almaviva in Mozart’s Le Nozze di Figaro with the Miami Summer Music Festival, Marcello in Puccini’s La Bohème in the Tuscia Opera Festival of Viterbo, Italy, Le Chat and L’Horloge Comtoise in Roosevelt University’s Opera Festival presentation of L’enfant et les sortilèges, and the opera ensemble for Gounod’s Roméo et Juliette with the Kentucky Opera. Beyond the operatic stage Mr. McGuffin has performed in both oratorio and recital, including the collaborative world premiere of the Dried Tobacco Project, an LGBTQ-themed song cycle written by the Chicago composer Cassandra Kaczor, several benefit recitals for the Agape National Academy of Music of Liberia, and beloved oratorios such as Handel’s Messiah and Mendelssohn’s Elijah at Campbellsville University. Ian received his Bachelor of Voice Performance at Campbellsville University and completed his Master of Voice Performance in Opera at Roosevelt University’s College of Performing Arts Conservatory with internationally acclaimed artist Mark Crayton. Mr. McGuffin is currently living in Hawaii, enjoying the vast beauty of the island, its culinary culture, and the vibrancy of the arts. He is thankful to be a resident artist with the Hawaii Opera Theater. Being a Kentucky-born native, he is also a passionate bourbon purveyor and comfort food enthusiast. 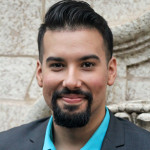 Puerto Rican tenor Karlos Piñero-Mercado is a Chicago-based performer who has appeared in three EChO productions, most recently as Pasquin/Captain Silvio/Doctor Miracle in Bizet’s Doctor Miracle, and previously as Howell/Whiteside in Lynch’s For Those in Peril and as Cornelius in Lynch’s Joseph’s Gift. Other recent performances include La théière in Ravel’s L’enfant et les sortilèges, the Lover in Menotti’s Amelia Goes to the Ball, Eisenstein in Strauss’s Die Fledermaus, Dr. Cajus in Otto Nicolai’s The Merry Wives of Windsor, Brother in Weill’s The Seven Deadly Sins, and the tenor soloist in Handel’s Messiah (Orlando Philharmonic Orchestra). In 2015, he was a finalist for the Central Region NATS competition, qualifying him as a finalist at the NATS National Convention. He received his Master of Music degree at Roosevelt University, studying under countertenor Mark Crayton. Mr. Piñero-Mercado enjoys making recordings for his fellow singers and taking artsy shots of his friends around the city. 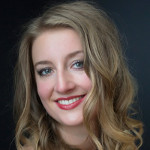 Mezzo-sporano Julia Rahm has performed repertoire from Vivaldi to Debussy, and Rossini to Heggie. A Francophile and travel fanatic, her fondness for French and Baroque music started while she was living in Paris, performing solos in Vivaldi’s Dixit Dominus and Gloria at Chartres cathedral and St. Germain de L’Auxerrois. Her operatic roles include Ms. Bentson in Lakmé, Catherine in Offenbach’s Pomme d’api, Ellen in Three Sisters Who Are Not Sisters (Rorem) and Amalie in The Finishing School by Franz von Suppé. Julia is also a member of the Chicago Symphony Chorus, most recently having sung in Cavalleria rusticana under the baton of Riccardo Muti. She teaches piano and voice and is the Alto Section Leader at North Shore Baptist Church. She earned her B.A. in Liberal Arts with concentrations in Theater, Music and French from Sarah Lawrence College and her Master of Music in Voice Performance from the Chicago College of Performing Arts, studying under Mark Crayton. She was last seen with EChO as Hélène in An Incomplete Education by Chabrier. Other recent projects include launching The Valkyrie Ensemble, an opera company devoted to promoting and empowering women in classical music, with six of her fellow graduates from CCPA. A devotee of many art forms, she is also a poet and songwriter. 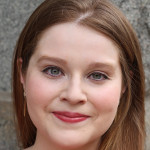 Soprano Alannah Spencer hails from Madison, Wisconsin, and appeared with EChO in our most recent production of d’Albert’s The Departure. In 2019, she completed a Master of Music in vocal performance from Roosevelt University where she studied with countertenor Mark Crayton. She has performed a number of operatic roles, including Bagatelle in Offenbach’s operetta Bagatelle with Roosevelt Opera and Antonia in Les Contes D’Hoffmann with MIOpera. A great lover of song and new music, Ms. Spencer was a member of the second place team at the Chicago SongSlam competition last spring. She is also the second soprano section leader at St. Matthew’s Episcopal church in Evanston. In her free time, she enjoys visiting museums, reading books, and attempting to craft the perfect cheese plate. 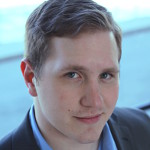 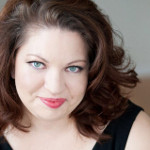 Mezzo-soprano Angela Torres-Kutkuhn  appeared in EChO’s world premiere performances of Francis Lynch’s For Those in Peril, and also created the role of the Seeress in Lynch’s Joseph’s Gift. As a native of Michigan, she was a familiar face on Ann Arbor stages before moving to Chicago in 2011, having performed with University of Michigan Gilbert and Sullivan Society, Comic Opera Guild, and Arbor Opera Theater. She holds a Bachelor of Arts Degree from the University of Iowa, a Masters in Music from the Chicago College of Performing Arts, and also studied the culinary arts at Schoolcraft College in Michigan. Since moving to Chicago, she has been privileged to sing in Jake Heggie’s Again, Mozart’s Die Zauberflöte, Daron Hagen’s Amelia (Chicago premiere), Puccini’s Suor Angelica, Donizetti’s Lucia di Lammermoor, Menotti’s The Consul, Verdi’s Falstaff, the American premiere of Mountaintop by Jacob TV, and as back-up for The Rolling Stones. She has appeared with the Chicago Sinfonietta, Main Street Opera, as a featured soloist with the choruses at CCPA, is a staff singer at St. Matthew’s Episcopal Church in Evanston, and is a founding/core member of Forte Chicago, an all female opera sketch comedy troupe.