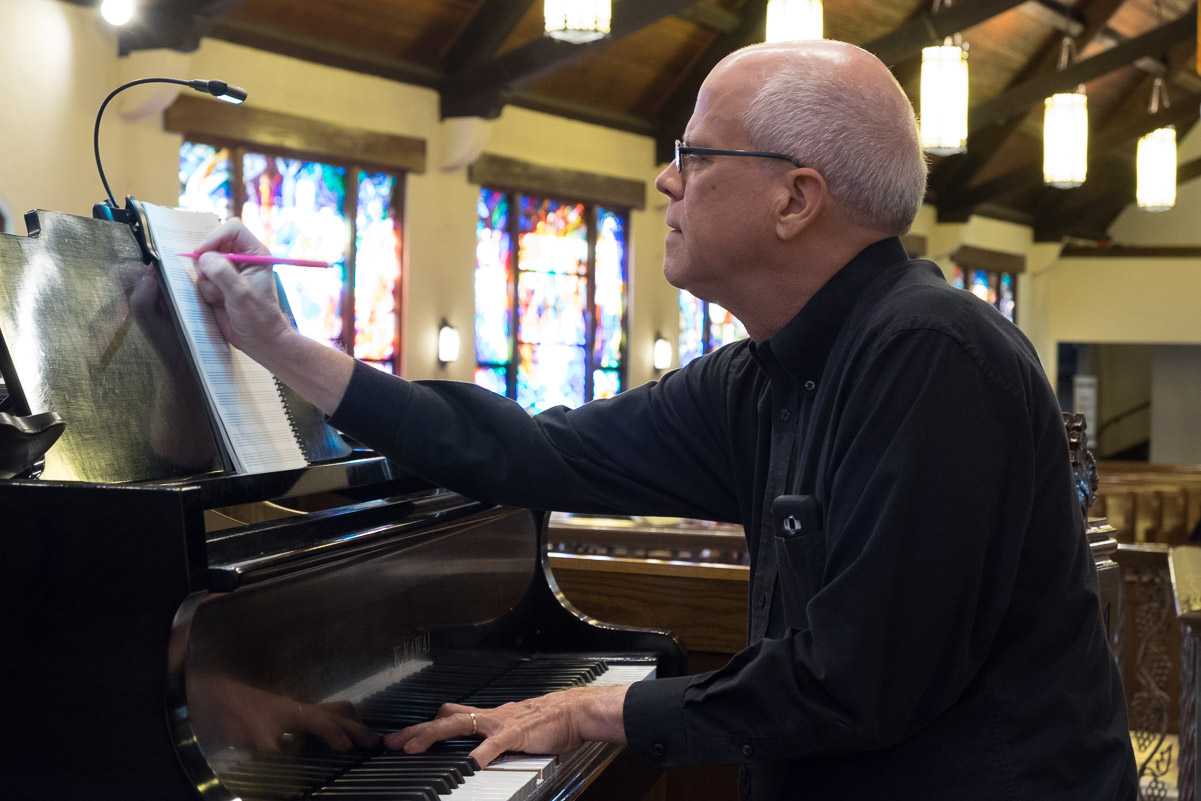 A SPECIAL CONCERT: THE COMPOSER AT 70

For our 2021 production, EChO presented a special concert of new works by our resident composer Francis Lynch, in celebration of his 70th birthday this past March. The concert  took place at 7:30 pm on Friday, September 24, at St. Matthew’s Episcopal Church in front of a masked and socially distanced audience and was livestreamed as well.

Along with a number of shorter art songs and instrumental works, the keystone of the 80-minute program was a 20-minute opera duologue for soprano and mezzo-soprano entitled Voices at Domrémy which Lynch completed in June 2020. The complete program with full details can be found here.

An in-person audience of more than 80 patrons turned out for the concert, and an additional 40 households bought livestream tickets to the event. Eleven dynamic singers and seven accomplished instrumentalists presented the music, under the baton of EChO’s artistic director James Janssen. Each of the ten numbers was met with enthusiastic applause from an audience that clearly had been starved for live performance and was now feasting on this buffet of musical delights. One livestream viewer wrote: “From the opening strains of the beautiful Purcell Variations we were mesmerized…”

In case you missed the livestream or just want to hear the concert over again, we have posted the video from the livestream, combined with the professionally recorded audio track, at this link: